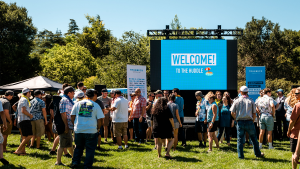 Interviews can be nerve-wracking. We understand, we’ve been in your shoes before. But before we dive in, take a moment to realize that you made it past the first hurdle! Just applying to join our team is a great first… 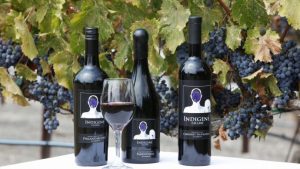 In 2020, Truebeck’s Diversity, Inclusion and Belonging Task Force implemented a charter with many objectives, one being to support local diverse businesses. As a general contractor, the first way to do that is on the job site working with our… 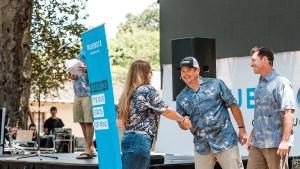 Just as the sun is barely climbing over the horizon, Sean Truesdale arrives at the basketball court. Lacing up his shoes, Sean glances out the gym window to see the sun’s golden rays slicing through the sky. He rhythmically bounces… 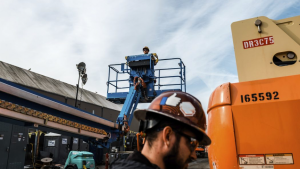 If 2020 has shown anything, it’s that a robust and engaged safety team is a critical necessity for general contractors. Prior to 2019 this statement still held true, but with the advent of COVID-19 and the eruption of wildfires across… 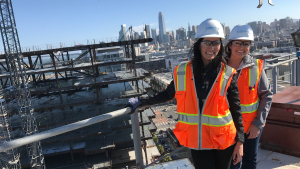 It is certainly no secret that the construction industry is one of the most male-dominated career fields, with women making up roughly 9% of the construction workforce. In recent years, however, the industry has seen an uprising in women who… 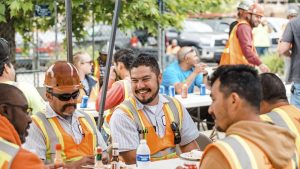 One of the Best Places to Work: Truebeck Construction

One of the best ways a company can gauge how employees feel about their workplace is through the San Francisco Business Times “Best Places to Work” report. The results of this report are done by conducting anonymous surveys from employees…

The San Francisco Bay Area is one of the world’s largest economic hubs with tech-giants like Apple, Facebook, Google, and Uber. As such, it is one of the most competitive and lucrative locations for the construction industry. Each year, The… 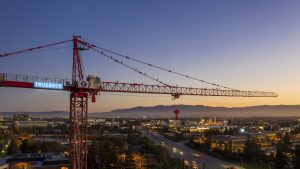 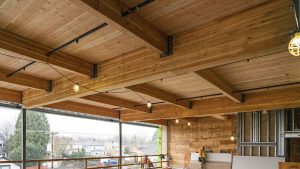 The use of cross-laminated timber (CLT) or mass timber as a building material is a growing trend in the construction industry and is heavily used in the pacific northwest. However, concerns arise about the benefits and drawbacks of mass timber,… 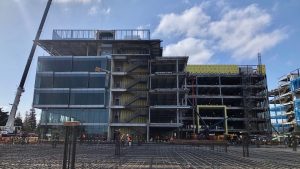 Truebeck Construction has an award-winning safety program resulting from high standards of workplace safety and health management. The Division of Occupational Safety and Health partnered with Truebeck and recognized the firm with a rare and notable designation, the Voluntary Protection…

For nearly a century, heart disease has held the title for the number one leading cause of death in the United States of America. While heart disease affects all, there are key demographics that are at a higher risk for… 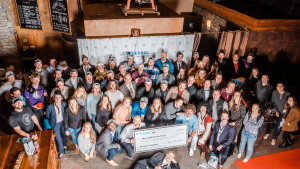 In 2003, 30 men in Australia took a challenge to bring back moustaches as a fashion trend. What once started as a fun social experiment quickly developed into one of the largest foundations for supporting men’s health across the world,… 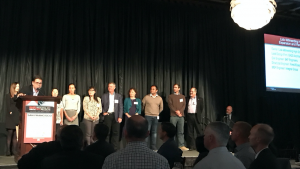 Truebeck Construction had the opportunity on October 8, 2019 to formally accept the Engineering News-Record (ENR) award for K-12 education at the ENR Best Projects Awards ceremony. Judges awarded Truebeck for its recent renovation and expansion of Lick-Wilmerding High School…. 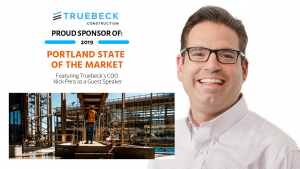 Nick Pera to Speak at Portland State of the Market Event

Portland is a city in flux. With its expanding economy, businesses are setting up shop in the City of Roses and knowing what projects are in the works is essential for businesses looking for office space. Portland State of the… 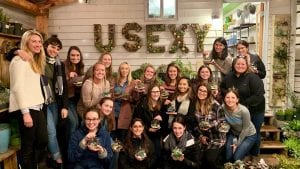 As we recognize Women in Construction Week, we celebrate International Women’s Day! We took a moment to ask: Who is your HERo? And how can women continue to make a positive impact in the community? “My HERo is my mother…. 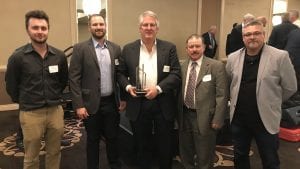 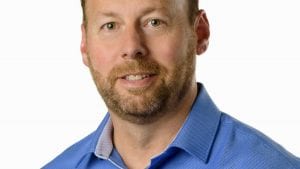 Truebeck is expanding, and so is our Leadership Team! Meet the newest addition, Pete Caputo, Vice President of Operations. The Registry highlighted Pete’s debut with this awesome article. Truebeck Construction, an industry-leading commercial general contractor, is pleased to announce that… 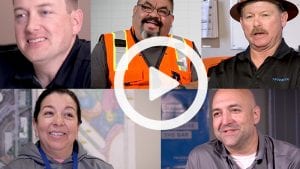 Thank You for 10 Great Years!

Truebeck Construction is honoring the champions who have been with us for 10 years. Congratulations to Ismael Perez, Bob Hostetler, Felicitas Montoya, Dan Higuera, and Scott Zinkgraf. May you look back on your years of service and feel a sense… 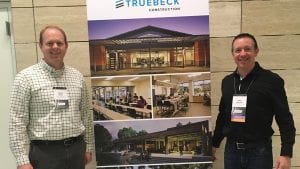 This week Truebeck Construction participated in the annual Society for College and University Planning Pacific Regional Conference in Seattle. 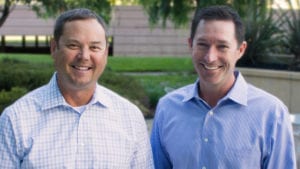 Bisnow media sat down with Sean Truesdale to talk about the company and what makes Truebeck different from the rest. Truebeck Construction is the brainchild of Sean Truesdale and David Becker. The company, started in 2007, has grown to become a… 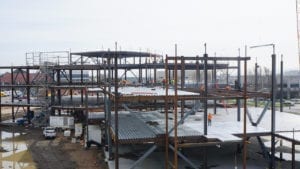 Team partnership, collaborative methods and tools, and client advocacy drive value in modern building. As the construction industry continues to evolve, contractors are finding they need to be more integrated and collaborative with the entire project team – architects, owners,… 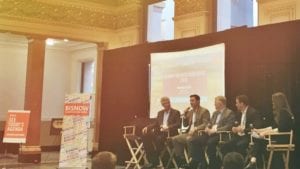 On Wednesday, Sean Truesdale was a panelist at Bisnow’s BOLD West 2016 Conference in San Francisco. The event focused on office leasing & development on the West Coast, with John Kilroy of Kilroy Realty as the opening Keynote. The panelists… 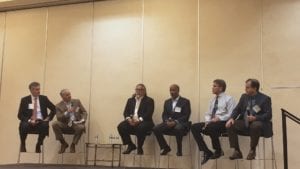 On Thursday morning, The Registry held an industry event in Oakland, focusing on how the East Bay is growing and changing. Truebeck Construction sponsored the event, and Dan Amigone moderated the developer panel, which included: Phill Tagami, CEO, California Commercial… 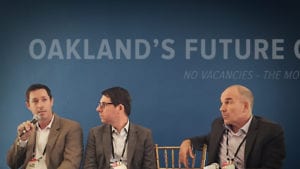 Is Oakland the next Brooklyn? Today, over 250 people from the AEC industry met in Oakland to hear about the super hot market. Sean Truesdale was one of the panelists at the event, sharing his perspective as a GC and talking about… 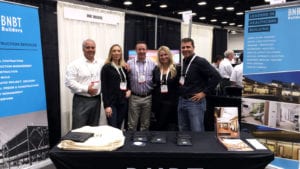 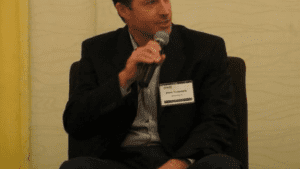 Sean Truesdale spoke at Bisnow’s Future of Mid-Market event about the future of San Francisco’s hot submarket. You can read a summary of the event here: https://www.bisnow.com/san-francisco/news/commercial-real-estate/this-morning-with-sfs-biggest-power-players-43892 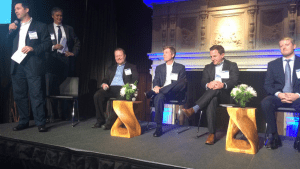 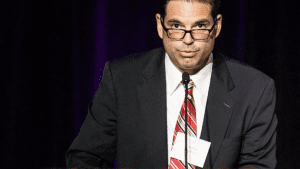 Our very own Nick Pera presented two awards at the Silicon Valley Structures Awards last Thursday. Over 550 real estate professionals from around the Bay Area came together to recognize the hard work, creativity and strategy of landlords, tenants, designers… 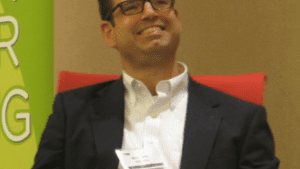 Truebeck’s Nick Pera was a panelist at Bisnow’s Future of Silicon Valley Summit on June 11th. Over 300 attendees gathered to hear the City of San Jose’s Mayor Chuck Reed along with ten other high level real estate and construction…